Well, it's Mother's Day weekend, it's May, and I am woefully neglectful of this blog.  Stuff's happening!

I ordered 15 females, three of five different breeds.  Cackle Hatchery sent four of each.  Twenty!  What do I do with all those eggs!?  One little Speckled Sussex didn't make it, but the rest are fine.

Oh, the fluffy sweetness was overwhelming that first week.  They spent three nights in the house, and that time was great, because they were handy to go visit and watch.  But. The. DOG!!!  We're still not sure if she suffered under a denied prey drive or a denied mothering/guarding instinct, but either way, we couldn't take it anymore and moved the chicks to the coop where she could no longer hear them.  She must have lost five pounds in those few days to the panting, pacing, and whining.  Tough week for the Gypsy girl.

So the chicks will be three weeks old Monday the 9th...and they're flying!  I mean; "I want to go over THERE!" and they fly over.  They fly up to my lap sitting on a chair, and they would fly to my shoulder, but I draw the line at poop on my shoulders or head.  I have a first person understanding of what a Pirate's back must look like if he really totes a Parrot around all day on his shoulder.  Birds poop.  A lot.

Maybe half of them or more are tame enough to hang out "on me" when I sit on the floor.  And maybe a quarter are so tame they'll come running, or climb the ladders to get to me.  Silly, tiny raptors.  Feathering out soooo fast--they'll likely be off the heat entirely in another week or so.  I made them a heating pad "cave" or Mama Heating Pad, and they have the entire 8 x 10 coop to rampage through.

I still have some finishing to do on the run.  We fenced off a separate pen so that future littles can integrate with bigs and get to know one another without risk of bullying.  They have their own pop door and ramp.  So I still need to affix hardware cloth at the ends of the roosts to foil the reaching-through kinds of predators, and string cables and netting to deter flying-in predators.  We're finally having good weather so I hope to get that done this weekend.

I hope to be more regular about posting here, and soon I'll have dolls stuff to post about.  But right now, it's all chickens, all the time.  Ha!

See y'all around.  Here are some pictures of the coop and run.  Cheers! 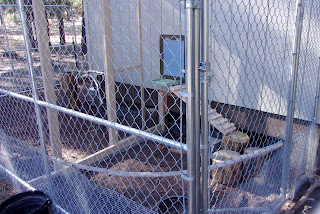 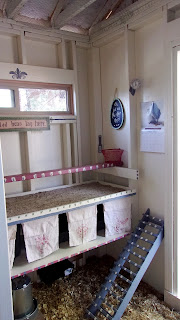 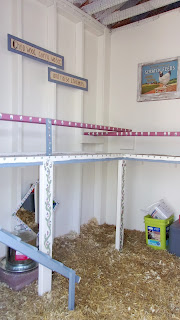 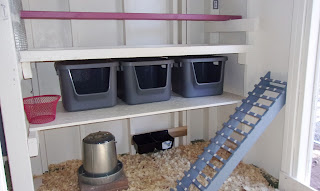 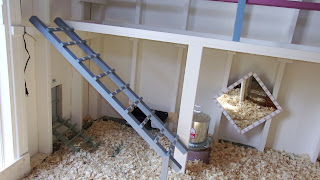 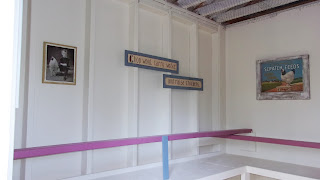 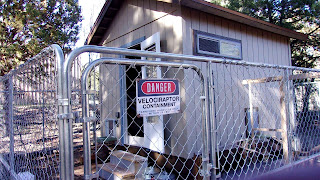 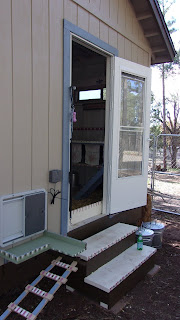 Looking on the bright side of life.

I started five dolls this last Saturday, and will work on all of them at the same time.  Not sure why I do that, except it seems more fun to have a lot of little "people" show up together.

These new dolls are smaller versions of some I made five years ago, because I scaled down the pattern from 21" to 18" size.  I hope.  Tomorrow?  I get to start sculpting heads and faces.  Yay!!!  The doll below is a larger version, commissioned by a man in Texas for his grand daughter.

Winter is coming (echoes of Mr. Martin, anyone?) and I'll be indoors a lot more.  I can think of no better way to while away a snowy season than making things with faces. 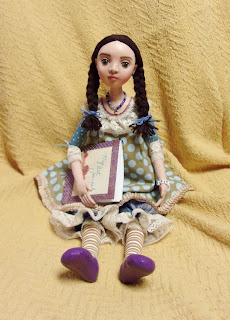 It feels to be back to doll making!  The minis have sold well, except for the boys.  Note to self:  apparently doll collectors want girl dolls.  Poor fellas.

The hubby had to go out of town for a week of work, and I made it a goal to start and finish one regular size Izannah Walker doll.  I did it!  So I can say that I have managed to streamline things and it takes approximately 40 hours to make one, with hand finishing and such.  This one kind of looks like my cousin Valerie as a child.  So that's what I call her.  It's likely not a 19th century name, but who's counting?

Here are photos of her.  I won't make any more til she sells, or else I'll be up to my eyebrows in Izzies.  But I will start making more of the "weird" dolls that are so fun (and less labor intensive). 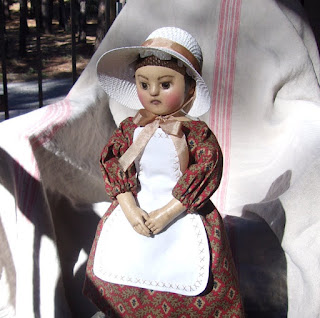 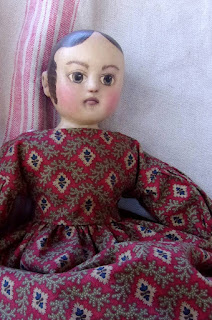 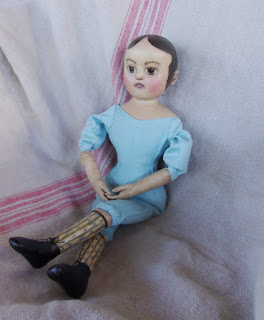 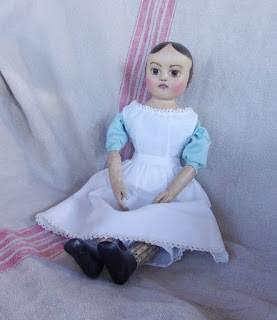 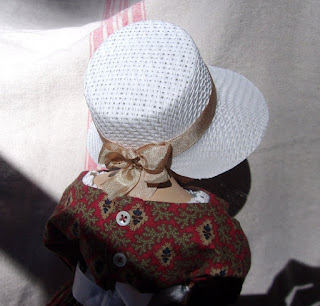 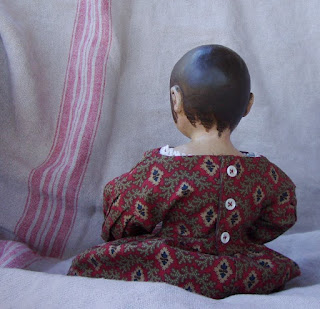 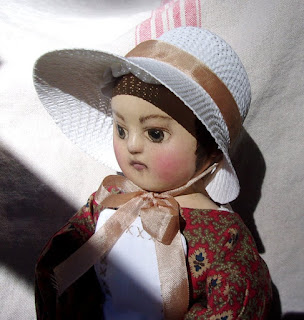 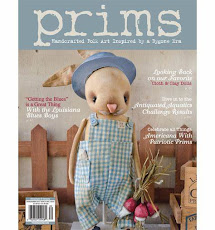 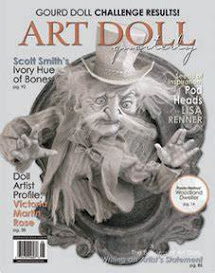 Featured in Art Dolls Only